Already ticked all the must-see tourist attractions in Budapest? Then why not spend a lovely day in the charming city of Esztergom, often nicknamed as the ‘City of St. Stephen’ or the ‘Rome of Hungary’. It is situated on the right bank of the Danube, appr. 60 km from Budapest. If you decide to walk across Mária Valéria Bridge, which connects the city with Štúrovo (in Hungarian: Párkány) in Slovakia, just look back and you will get the majestic view of the Basilica in Esztergom as the Danube starts its southward curve here.

Esztergom, one of the oldest towns in Hungary, has always played an important role in the country’s history. Established around 972 AD, it was the birth and coronation place of the first Hungarian king and founder of the Hungarian state, St. Stephen, as well as the capital of Hungary until the 13th century. After the Mongolian invasion, King Béla IV moved the Royal Seat to Visegrád and later to Buda, giving his palace to the archbishop and making Esztergom a religious center. 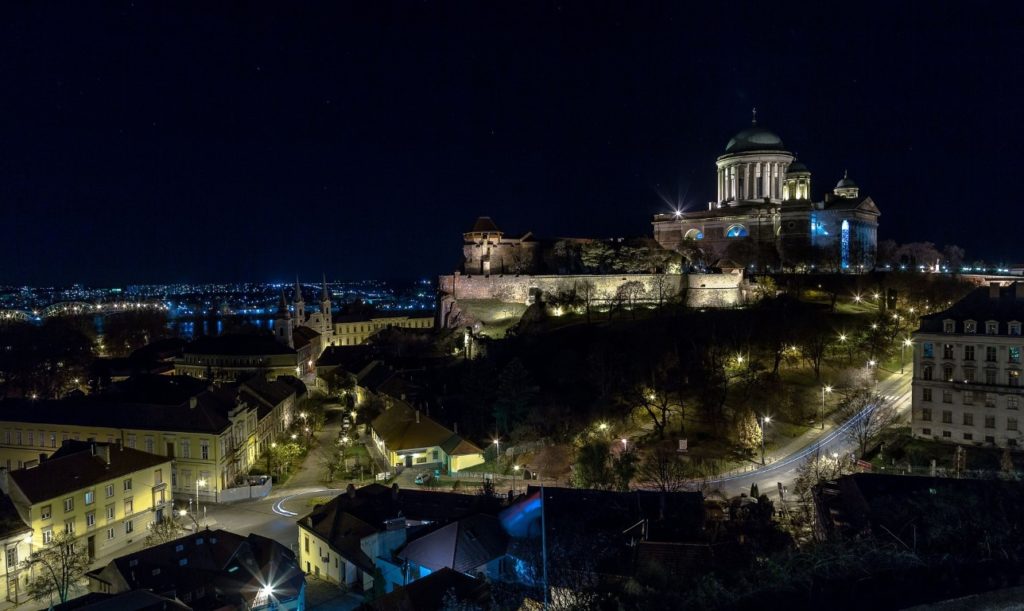 The Basilica in Esztergom dominates the whole city and quietly rules the landscape. The building that might be considered the symbol of Esztergom stands on the ruins of the old Saint Adalbert Church. This genuine Classicist masterpiece is the largest church with the largest single painted on canvas altarpiece in the world, and the tallest building in Hungary. Construction work went on for decades (from 1822 to 1869) and based on the plans of Pál Kühnel, János Packh and József Hild. It was the largest church building project in the first part of the 19th century. The Church with the Chapel

The classicist church has enormous physical features: the height of the cupola is 71.5 meters with giant arches and the enormous altar-piece of Michelangelo Greigoletti. On one side, in the Saint Stephen chapel, the glittering relics of Hungarian and other nations’ saints and valuable jewelry can be seen. On the south side, there is the red marble chapel, the Bakócz Chapel, which was built in the 16th century and is the only remaining Renaissance monument in Hungary. The chapel was placed to its present location in a brilliantly executed operation: it was sawn to 1600 pieces under the direction of master builder János Packh, then reassembled in its new location like a huge jigsaw puzzle and it became the left-hand side chapel of the Basilica.

The treasury hosts the masterpieces of medieval goldsmith work. The western European masters’ hands are praised by such items as the crown silver cross that has been used since the 13th century, the artistic goblets, Fracesco Francia’s processional cross, the upper front of the well-known ‘Matthias-Calvary’ which is decorated by golden figures as well as several other items.

The door to the right as you enter the Basilica leads to the Crypt, a series of eerie vaults down 50 steps with tombs guarded by monoliths representing Mourning and Eternity. The huge crypt, built in Old Egyptian style in 1831, is today the resting place of deceased archbishops.

The Dome Lookout can be visited in suitable weather only. In several stages almost as many as 400 steps lead up to the Dome’s balcony from the entrance of the Basilica. When I was there it was too windy, so going upstairs was not permitted. Panorama Hall is an exhibition space belonging to the Cathedral Treasury on the west side of the cathedral. According to the original plans, the Basilica and the adjoining buildings were to have taken up the entire Castle Hill. You can see the large model based on the plans of the whole building complex here. The semicircular lunette offers a wonderful view of the meandering Danube and its opposite side. The Panorama Hall is accessible even in bad weather, when the Dome Lookout is closed.

Note: Entry to the church floor of the Basilica is free of charge. An admission fee is payable for visits to the Crypt, the Treasury, the Panorama Hall and the Dome.