How to spend spring in Budapest

Spring is almost here and event organizers have been working hard in Budapest! Spring in Budapest brings warmer temperatures so the best things to do in spring here require you to spend some much-needed time outdoors. No complaints here. There are plenty of delightful events and happenings in the city when the flowers are in bloom. It’s the start of the rooftop season, awesome outdoor festivals and street fairs, river cruises and walking tours, flower shows, etc. We have everything you need to enjoy this supremely lovely season.

As you will see when you are here, there are hundreds of fun things to do in Budapest in spring. So I did some planning for you with some of my favorite can’t-miss experiences on how to spend spring in Budapest.

Drink on a Rooftop

I’m not sure why, but there’s something about drinking on a rooftop that makes it simply far more exciting than drinking on the ground floor. It could be the incredible views and the luxurious surroundings of the rooftop bar space, or the fact that you can unashamedly stare at the world and people below, or simply feeling like you’re part of this secret club up in the sky. Whatever it is, I love rooftop terraces, and I feel lucky because Budapest offers some amazing ones. Check out my two favorite rooftops in Budapest where I like hanging out: 360 Bar and Gozsdu Sky Bar.

Being the spa capital of Europe, Budapest offers various opportunities to soak in thermal water. The local culture of bathing goes back two thousand years, excavated remains of bath houses, frescoes and mosaics demonstrate that the Romans discovered and exploited these thermal water resources. Now it’s your turn to discover the two most popular baths in Budapest. And what is more, not only indoor bathing, but taking an open air bath at Széchenyi Spa or Gellért Spa is a highlight for many visitors during their stay in Budapest. Catch the first sunrays of spring in one of the outdoor spools.

Things get super tropical at Museum of Hungarian Agriculture in Vajdahunyad Castle just when we need it most. Enjoy an early spring at the Orchid & Bromelia Fair, Budapest’s incredible floral display between March 15 and 18, 2018. Orchid & Bromelia Fair exhibits thousands of species of beautiful blossoming orchids where the prominent role goes for the different species and hybrids of Dendrobium genus with their thousands of forms and millions of colors. Get over your winter blues by enjoying the lush scents and sights of one of the best floral attractions of Budapest.

St. Patrick’s Day is a celebration of Irish culture worldwide with the St. Patrick’s Day Parade being one of the highlights of the festivities. The first ever St. Patrick’s Day Parade in Budapest was organized by the Irish Hungarian Business Circle on March 17, 2011. It was a successful start and aimed to be bigger and better year by year. This year the Parade takes place at 2 pm on March 18, 2018 on Liberty Square in downtown Budapest. Everyone is free to join the crowd of Irish revelers marching through central Budapest locations wearing green and drinking Guinness to celebrate St. Patrick’s Day. The joyful jamboree invariably concludes in a pub, where the party continues through the night!

After Paris and New York, Macaron Day arrived in Budapest in 2012. For me, macaron is not only an irresistible, colorful, petite and sophisticated pastry, it stands for sweet lifestyle, a philosophy from France. It’s the symbol of a couple: two halves together with a sweet filling. You can be addicted to macarons very easily once you taste it. Thanks to the large variety of flavors, you can find your own favorites among these little sandwich cookies. Hungarian Macaron Day held on March 20, 2018 gives you the opportunity to enjoy the world of the most delightful French pastry. For detailed program please check the official website of the event. 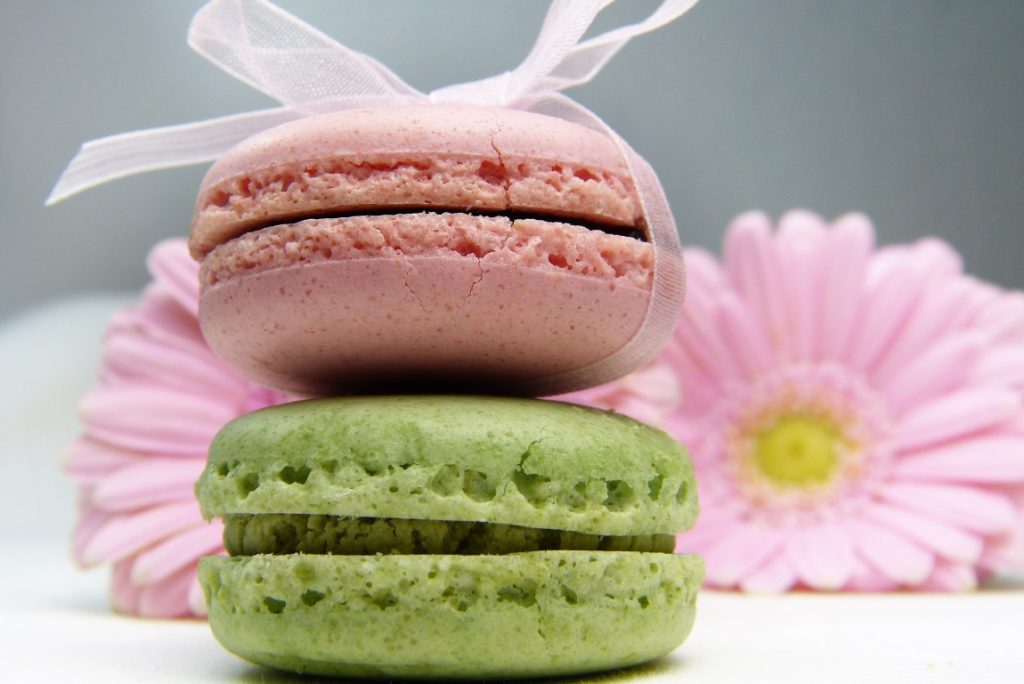 The Budapest Spring Festival is the city’s largest and most prestigious annual cultural event, packed with colorful and rich program of orchestral and chamber concerts, jazz, contemporary dance, film screenings, theatrical evenings, dance shows, exhibitions and many more. With venues throughout the city like the Palace of Arts, Castle Garden Bazaar, Festetics Palace, Budapest Jazz Club, Robert Capa Contemporary Photography Center and many more welcoming the best famous and talented young performers from Hungary and around the world between March 30 and April 22, 2018. It’s the perfect opportunity to explore Budapest’s cultural side.

Vivicittá City Supporter Run and Half Marathon in Budapest

The first Vivicittá City Supporter Run started in Italy in 1984, and soon it became an “international event”. Runners demonstrate their support to living in an eco-friendly environment, in solidarity with the inhabitants of other countries, sharing different cultures, respecting differences and sending a united message of peace. Vivicittá brings thousands of citizens together, running simultaneously in different cities from across the world. As spring is just around the corner, there is no excuse to be indoors. Get your running shoes ready and join Budapesters at the Telekom Vivicittá City Supporter Run on April 15, 2018.

Celebrate Japanese culture with the annual cherry blossom festival at the picturesque ELTE’s Botanic Garden in Budapest for two glorious weekends in mid April. Just follow the Japanese tradition and have picnics on blankets in the garden and enjoy the magnificent natural spectacle of the blooming Sakura trees. Traditional Japanese art and culture, including origami and calligraphy exhibitions, authentic Japanese tea will be available and plenty of kids programs to keep the little ones entertained. It’s a relaxed program in the bustling city centre of Budapest. If you’re lucky, the cherry blossom trees will be in full bloom during your stay. Food culture is still booming in Budapest. Gourmet Festival, one of the biggest and most popular gastro festivals, welcomes foodies and other culinary adventurers between May 17 and 21, 2018 at Millenáris Park in Budapest. This festival impresses visitors with flavors, spices and aromas of different eateries from Budapest’s Michelin starred restaurants for affordable prices to countryside restaurants, where you wouldn’t go otherwise. Last year the festival crossed borders and hosted some of the best restaurants and chefs of the Central European region. What’s coming up next? Can’t wait to find out…

Meet me and Chef Nacho at the Gourmet Festival in Budapest.

Hey fashion-lovers out there! If you go crazy about designer dresses, colorful and extraordinary bags, scarves and hats, ceramics, funky rings and bangles, WAMP, the Hungarian Design Fair is the place for you to go at spring-time. The spotlight is on 100% contemporary Hungarian design, but it is more than a fair! WAMP makes designer goods accessible and creates a bridge between the public and the designers. It’s the place where the hottest, newest, cutting-edge designs meet urban Hungarians, tourists and expats. It is also a meeting place for creative and trendsetter young people. For spring fair dates on Elizabeth Square in downtown of Budapest please check the website of WAMP.