It’s the middle of winter. Slipping, sliding and gliding around an open-air rink, hand in hand with your loved one is probably the most romantic thing you can do in winter – at least until you fall over. It has been so in the last centuries. 75 years ago, in January 1942 my grandpa caught sight of my grandma dancing on ice in City Park Ice Rink (Városligeti Műjégpálya) and he fell in love at first sight. He was standing at the edge of the rink for hours and couldn’t take his eyes off my grandma. He was impressed by her talent of doing the loop jump. He decided to get a pair of skate and try it. He had absolutely no talent, his windmilling arms ruined his style and suddenly he bumped into my grandma. 🙂 According to my grandma’s story, this is how my grandparents met and then stayed together forever.

City Park Ice Rink in the past

City Park Ice Rink with the majestic Vajdahunyad Castle as a fairy-tale backdrop is located behind Heroes’ Square. In the second part of the 19th century the pleasant environment of the City Park became a beloved place for relaxation, entertainment and leisure activities. During the summer boating and rowing were popular sports to practice on the City Park Lake, and during the winter skaters also appeared on the frozen lake. The city’s first ice rink was opened on the lake in 1870, right after the foundation of the Skating Association of Pest. Initially there was only a tiny wooden pavilion next to the rink, where the patrons could warm up and put on their skates.

The ice rink was a huge success, Budapesters of all ages and social backgrounds flocked to the City Park to slide about with rosy, wind-kissed cheeks and to warm up in the cozy building designed by Ödön Lechner in 1876. The new wooden structure had two wings for separate men’s and women’s dressing rooms and a common rest area. City Park Ice Rink quickly became a massive arena for flirting: chaperones didn’t bother with skates so were unable to keep a close enough watch on girls, and stumbles and falls resulted in 40-50 weddings a season. Due to the popularity of the ice rink, this new pavilion also proved to be too small so a much larger hall was built again and redesigned in neo-Baroque style by Imre Francsek in 1895. The bombings in 1944 destroyed much of the structure, so it had to be closed for a while. After World War II, Ferenc Paulheim’s design was implemented to reconstruct the damaged sports venue and by the autumn of 1945 it was opened again.

Following the complete renovation of the venue from 2008 to 2011, now it’s all back on the agenda. City Park Ice Rink, Europe’s largest artificial and one of its oldest open-air ice rinks, has been back in our lives with extra ice surface, proper benches and lockers inside the total refurbished magnificent neo-Baroque clubhouse offering skate rental and a rinkside café, where you can keep out of the cold and warm up with a hot chocolate or sip a steaming mulled wine or something stronger.

I’m sure that City Park Ice Rink is the place where most of the Budapesters learnt skating, where no matter how clumsy you are, there is always someone to try to pick you up from the ice and collect your bits and pieces and help stay on your feet. No doubts that it has always been the perfect venue for first and umpteen dates as you glide across the ice becoming close to one another given an excuse to touch each other, speeding up for your favorite songs and slowing down and holding your date’s hand during the romantic ones. It has been the place where you could experience one of the greatest feelings ever: when you took your skates off, pulled on your boots, stood up and felt as if floating on air. So everyone, have a (n)ice time in Budapest! 🙂 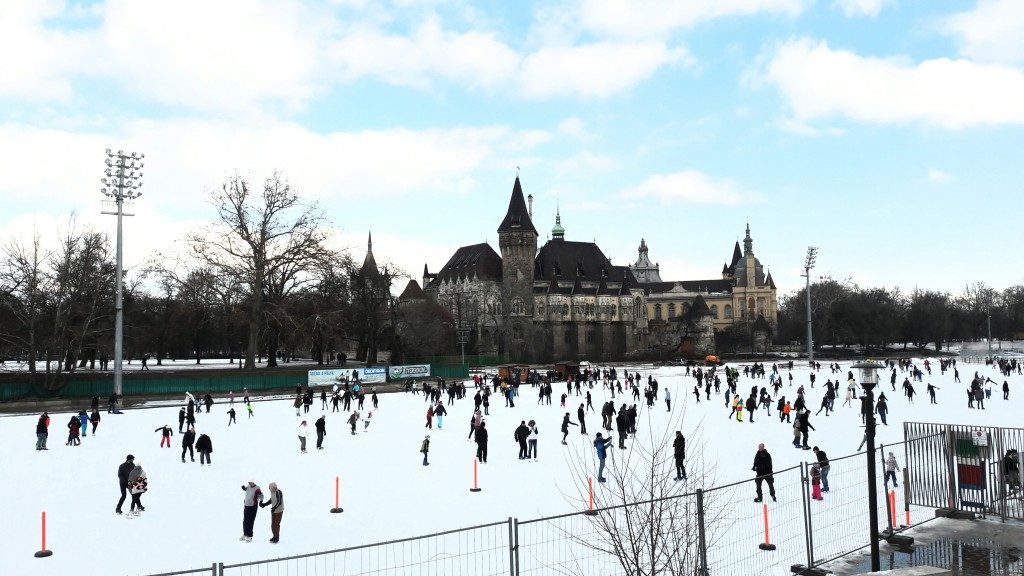