Just arrived in Budapest and no clue what to see and what to do? Meet the locals at one of Budapest’s superb thermal baths on your first hot summer vacation day in the city. 🙂 You might already know (I bet you read a Guide Book on the flight) that Budapest is a city of thermal baths and is also called the spa capital of Europe, with good reason. Nowhere else in Europe you find such a great variety of unique and world famous thermal baths as in Budapest. Széchenyi Spa is my favorite, which is the largest thermal spring bath complex not only in Budapest, but in Europe as well.

Mother Nature has been especially bountiful towards Hungary. The country sits on one of the richest geothermal and medicinal water resources in the world. The local culture of bathing goes back two thousand years, excavated remains of bath houses, frescoes and mosaics demonstrate that the Romans discovered and exploited these thermal water resources. 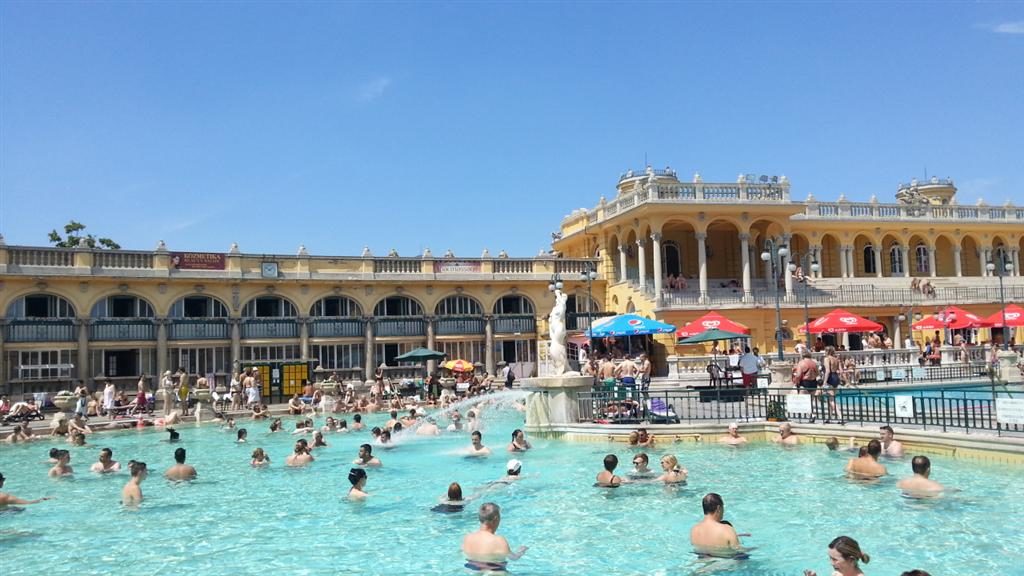 A little history of Széchenyi Spa

Széchenyi Spa is located in the City Park near Heroes’ Square and the Museum of Fine Arts and the Art Hall (only 3 minutes by foot – just in case you want to combine visiting the museum and the spa), in a lush green area. It was built in neo-baroque style between 1909 and 1913 and is named after István Széchenyi who was a Hungarian statesman, theorist and writer. At the time it had private baths, separate men’s and women’s steam-bath sections, and different men/women “public baths”. The complex was enlarged in 1927, and it still has 3 outdoor and 15 indoor pools. After its expansion, the thermal artesian well could no longer serve its purpose, so a new well was drilled. The second thermal spring was found in 1938.

During World War II, one-fifth of Széchenyi Spa was damaged but the artesian well was not injured, so the operation of the bath was restored partially. In 1963 Széchenyi Spa remained open for the winter season because corridors of changing cabins and lockers became insulated from the winter colds, and got heating. Since then it has proven a huge success and is open at Christmas and on New Year’s Eve and Day too. At wintertime the steaming thermal water in the outdoor pools gives a wow factor to your visit.

Although for many decades Széchenyi Spa have operated with separate male and female baths (as well as a mixed bath in the middle section), by the 1970s it had become an obstacle. In 1981 Széchenyi Spa became fully mixed and has remained so to this day. Only the toilets, shower rooms and public changing areas are not mixed. A daytime hospital was opened in 1982 in which 178 patients receive care daily.

Between 1998 and 2006 a complete renovation took place on all the swimming pools, water filtering and circulation devices were added, and the fancy bath received high standard equipment and modern elements. In addition to the incredible medicinal natural hot spring waters in the 18 pools, there are 10 saunas and steam cabins, several massage therapies, facial treatments, and many more. So this giant bath complex is a mecca of sun-soaked tranquility for its muscle-relaxing hot baths, and the array of whirling and effervescent waters is a delight for children. Széchenyi Spa is more than just the city’s biggest public bath. It’s open all year long and is popular in every season. In summer, this is a favorite place to hang out half-clad, swimming, tanning and people watching. The indoor saunas and baths are great too, even in hot weather. On chilly afternoons just relax in one of the outdoor pools and watch for gents in swimming caps playing chess sitting in the thermal water. In winter it’s just so romantic especially when it’s snowing. Just imagine yourself and your loved ones bathing in the steaming hot water when there’s fog and snow around the pool. That’s why I love the open-air part of the bath much better. It has many faces, changing according to the weather.

Széchenyi Spa hosts Sparty, Budapest’s famous thermal bath parties every Saturday from April to September. The party itself starts only after the official closing hours (10.30 pm) and lasts until 3.00 am. The spa becomes a hedonistic pleasure palace. The spa party makes fountains sparkle with laser-light shows and projected animations. Top DJs play cool tracks, mostly trip-hop, funk and psychedelic music while revelers soak in thermal waters, and fascinating performers like jugglers and trapeze artists enliven the splashing scene late into the night… 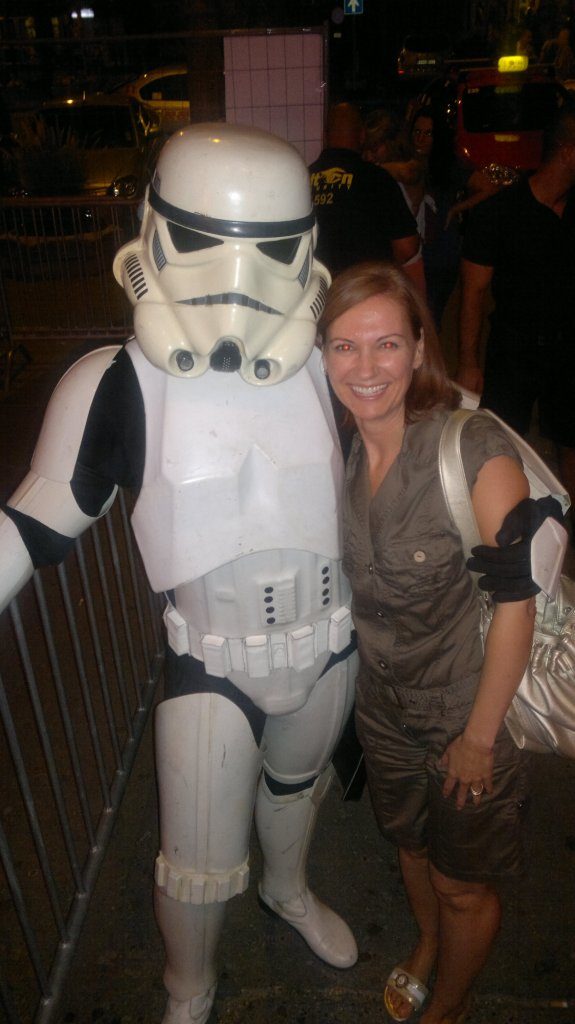